Chairman of ThyssenKrupp had rejected investor demands for the spin-off 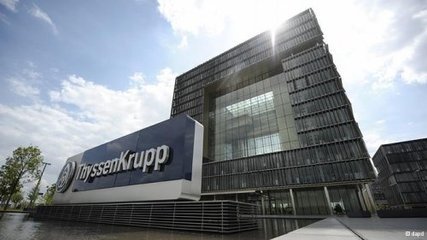 Reuters reported that the German Business quoted a visit as saying that Ulrich Lehner（chairman of ThyssenKrupp, Germany） had rejected investor demands for the spin-off of the industrial conglomerate and supported senior management in transforming the company into a high-tech Group plan. In an interview published on Tuesday quoting Lehner as saying: "Spin-off groups are not an issue at all."

Heinrich Hiesinger, the chief executive of the company since 2011, now he is steering the company away from the volatile steel industry and is devoting itself to transforming the company into a high-tech group focusing on the development of automotive components and elevators. ThyssenKrupp has struck an agreement with Tata Steel India to merge the two companies' European businesses next year, and it is under pressure from the unions to tap the merger. Cevian Capital, which currently owns about 18% of ThyssenKrupp, has been criticizing the management's restructuring program for not enhancing profitability and appeals to the group to make structural changes to increase flexibility.